Dr. András Rácz is a senior fellow in DGAP’s International Order and Democracy Program. Before that, he worked in its Security and Defense Program. From September 2019 to December 2020, he was a senior fellow of the Robert Bosch Center for Central and Eastern Europe, Russia, and Central Asia.

Rácz earned his PhD in modern history from Budapest’s Eötvös Loránd University in 2008.

András Rácz is not identical with the Andras Racz who works at the Hungarian pro-governmental daily Magyar Nemzet and is author of the book “The Nine Best Political Decisions of Viktor Orbán.” 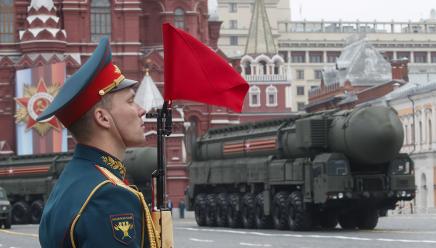 Russia’s Power Is Increasingly Defined by its Military Might

Once the war in Ukraine ends, Russia will be far less influential and powerful than it was before February 2022. This will only increase the relative importance of military force in Russia’s political arsenal.