Christian Achrainer is a Berlin-based researcher, consultant and lecturer. He worked as a freelance analyst in Cairo from 2015 until 2020, and was a researcher at the German Council on Foreign Relations’ (DGAP) Middle East and North Africa Program from 2009 until 2015. In his research, he focuses on developments in Egypt and the Arab World, as well as on German and European foreign policy. He received his PhD from Philipps University Marburg. In his doctoral thesis, he analyzed Egypt’s external relations in the period 2013-2017. 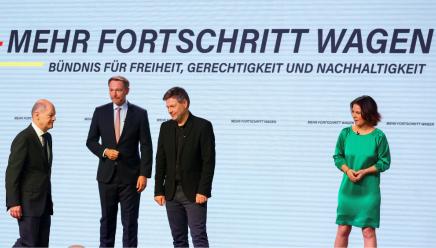 The German Foreign Office is currently drafting guidelines for its feminist foreign policy. While the outcome of this process is unclear, three scenarios are possible—but only one is likely.